Vice President Oilouch welcomed Director-General Sagaydak, Ambassador Khovaev and the delegation to Palau expressing, “Russia’s proposal to host the 2025 World Expo is interesting and quite inviting.”

Director-General Sagaydak introduced the city of Ekaterinburg, the Russian Federation’s choice city to host the World Expo, as one of the largest commercial, scientific and industrial megacities with a unique geographical location, natural and recreational resources.

With a theme of “Changing the World: Innovations and Better Life for Future Generations”, the Russian Federation presented their plan to host four theme pavilions based on accessible technologies, new reality, human progress and shared future to further expand on the main theme. Russia’s overall concept for the Expo site is to develop a city for the future, a functional smart city filled with technological wonder beyond the Expo. The Russian Federation is looking into hosting the Expo over an area of 555 hectares with 104 pavilions accommodating about 140 participating countries.

In seeking support from their diplomatic partners in the Pacific, the Russian Federation tailored a program to provide assistance to participating developing countries such as the Republic of Palau prior to, during and following the Expo.

Palau is among many other nations that Russia is visiting and seeking support for their candidacy to host the World Expo in the city of Ekaterinburg. The Russian Federation is bidding against Osaka, Japan and Baku, Azerbaijan. Voting is scheduled for November 2018.

Vice President Oilouch, Senate President Baules and Speaker Anastacio expressed hope to work closely with the Russian Federation to promote sustainable tourism from Russia to Palau and to continue to foster relations shared between both nations. 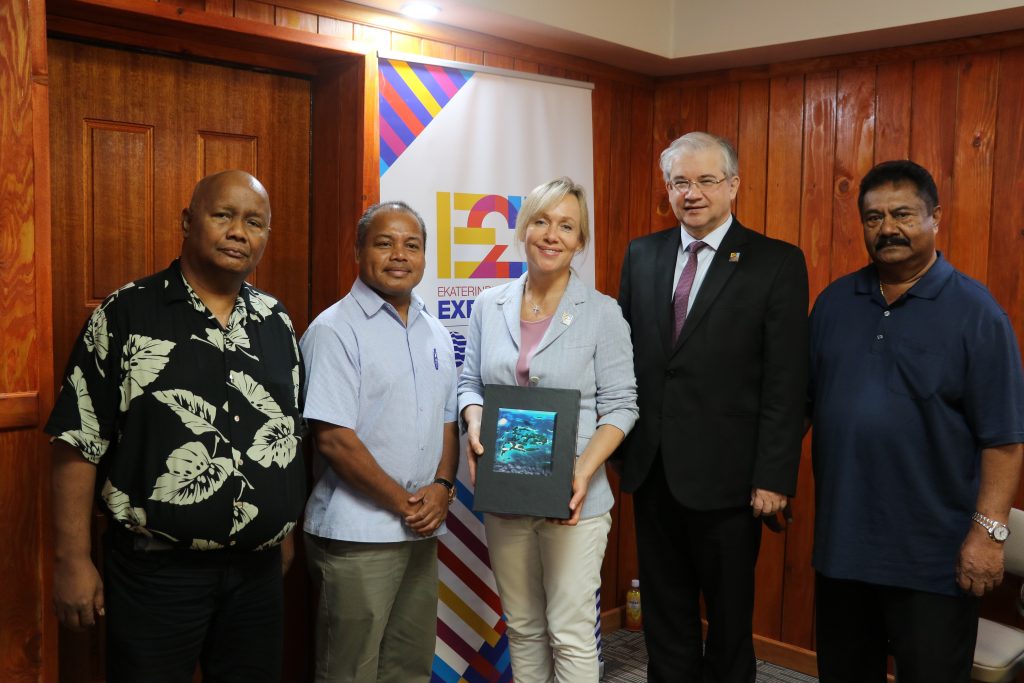