The Republic of Palau on March 28th bid its final farewell to Ambassador Michael Y.K. Tseng during a dinner reception held at the Palau Royal Resort.

President Tommy E. Remengesau, Jr. wished Ambassador Tseng the best in his future endeavors and reiterated the importance of the special, unique relationship Palau shares with the Republic of China.

Ambassador Tseng expressed his appreciation of the Republic of Palau, stating “I really feel the kindness and goodwill of my friends in Palau.  With admiration, I would like to say congratulations to Palau for your government’s efforts in conserving the natural resources under the leadership of the President.” He further stated, “The trust, the solidarity and the mutual assistance has kept us pretty close in the past years and I’m sure it will carry our friendship into the future.”

After nearly two years serving as Ambassador of the ROC to the Republic of Palau, Ambassador Tseng vacated his Ambassadorial post to assume the role of Director General of the Taipei Economic and Cultural Office, the Republic of China’s representative office in Honolulu, Hawaii. 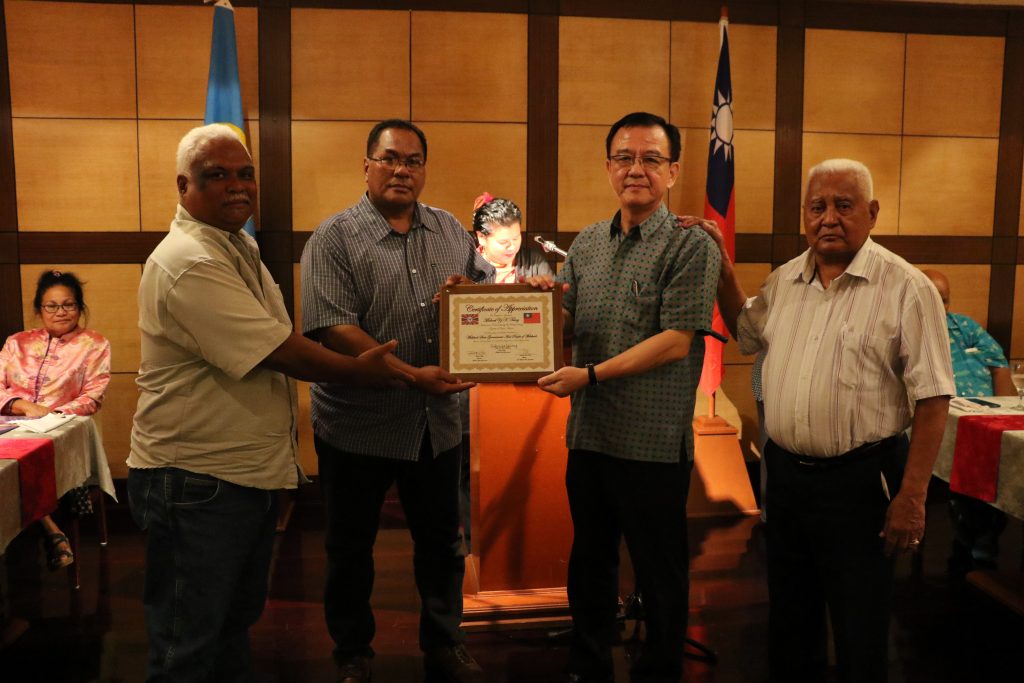