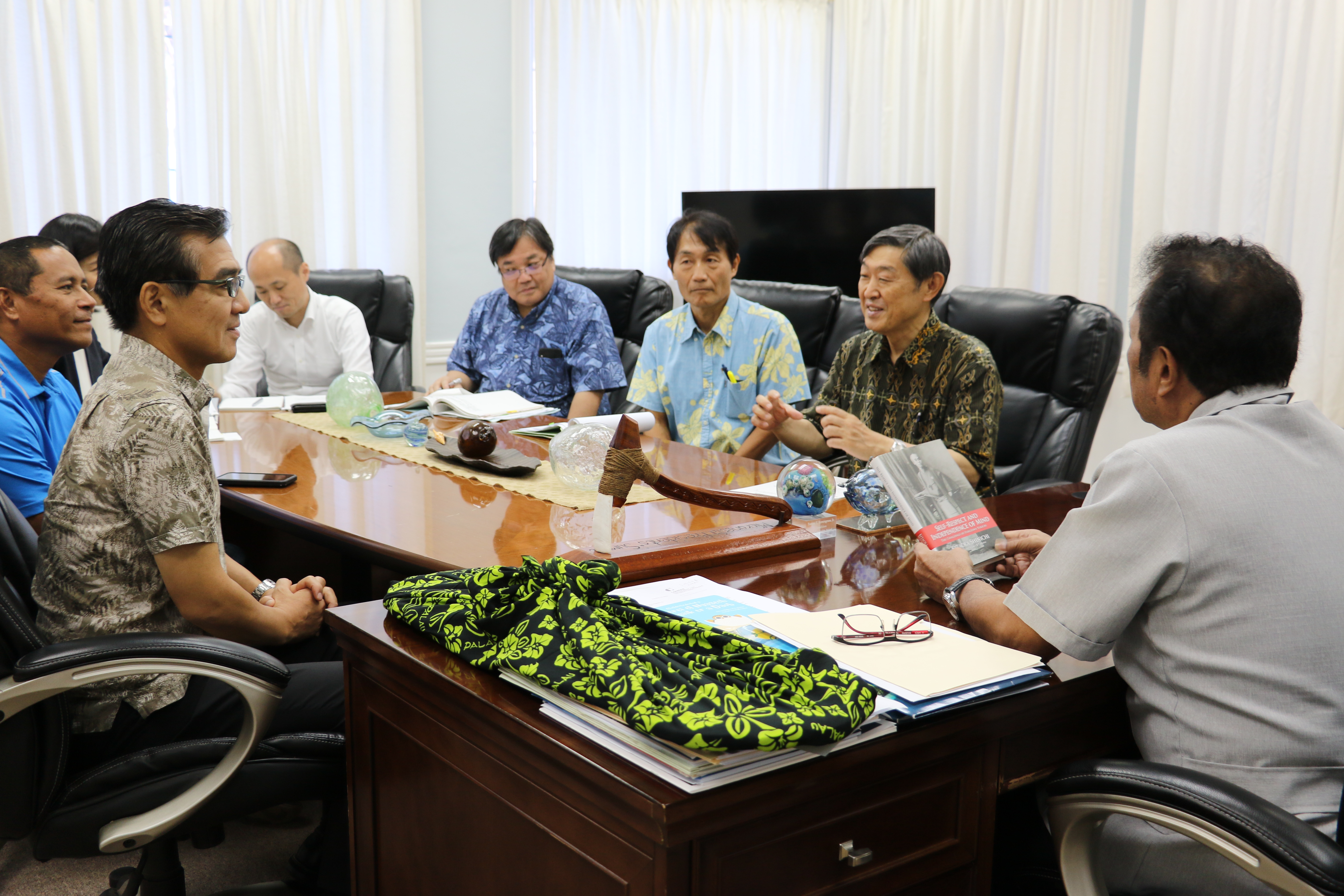 On October 18, President Tommy E. Remengesau, Jr. welcomed the Honorable Shinichi Kitaoka, the President of Japan International Cooperation Agency (JICA) in his first historical visit to the Republic of Palau and the first ever visit made by the President of JICA.

“This is my first visit to Palau and it’s a great pleasure,” JICA President Kitaoka expressed as he spoke of how comfortable and relaxed he feels in Palau.

President Kitaoka, who has served as the President of JICA for the past four years, conveyed JICA’s plans to increase cooperation in the Pacific, particularly in Palau, during his courtesy visit with President Remengesau. JICA plans to conduct consultations with its in-country office representatives based in Palau, devise plans of action, look into expanding education and training opportunities as well as work on flexibility to meet Palau’s needs.

President Remengesau expressed his appreciation to Prime Minister Shinzo Abe and President Kitaoka stating, “Prime Minister Abe and JICA’s leadership has been instrumental in Palau’s national building, including in people-to-people exchange, its presence and overall contribution to the Republic.”

At a luncheon hosted by the President and Palau’s leadership, including Senate President Hokkons Baules held on the same day, President Remengesau, further added, “Palau and Japan marked the 25th anniversary of its formal bilateral relationship this year, and of Japan’s support for Palau’s development as an independent nation.  For nearly all of this time, JICA has been one of the primary embodiments of Japan’s support to Palau.”

In the span of its strong partnership with Palau, JICA has provided support and cooperation and overall improvement in the areas of primary health, dental, information technology, sports, education, energy, public safety, and environmental education, among others.

Prior to assuming his position as President of JICA, President Kitaoka served as President of the International University of Japan. His portfolio also includes positions as Professor of National Graduate Institute for Policy Studies, Professor of Graduate Schools for Law and Politics at the University of Tokyo and Ambassador Extraordinary and Plenipotentiary, Deputy Permanent Representative of Japan to the United Nations.