President Tommy E. Remengesau, Jr., on Monday, April 2nd administered the oath of office for Acting Director Aloysius Alonz who officially assumed the role of Director of the Bureau of Public Safety under the Ministry of Justice.

Director Alonz, who has served a long, dedicated career in law enforcement, took on the role of Acting Director of the Bureau of Public Safety in April 2017 following the passing of late Director Julio Omtei Ringang.

In his special remarks during the swearing-in ceremony held at the grounds of the Bureau of Public Safety Office, President Remengesau congratulated Director Alonz for assuming this new role and asked for everyone’s support in working closely and harmoniously with Director Alonz to ensure a safe and peaceful Palau.

Director Alonz graciously accepted his new role and saluted late Director Ringang whom he shared many working years with at the Bureau. He took a moment to express his appreciation and gratitude to his family, colleagues, and the leadership for their continued support. He also thanked all police officers and the police administrative staff who has worked alongside him during the length of his career for their unwavering commitment and asked for their continued devotion to the job moving forward. 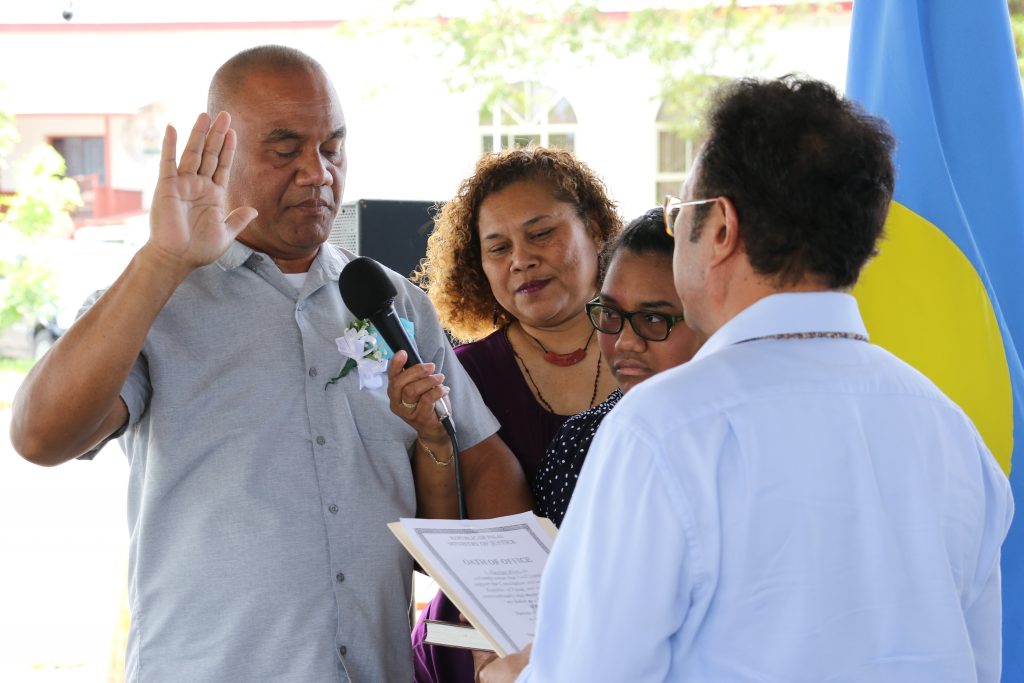 To download this press release, click on the following link: Press Release re. Swearing of Aloysius Alonz as BPS Director_02APR2018_FINAL