President Remengesau Looks Toward Stronger Partnership and Collaboration with the U.S. Army Corps of Engineers

“The Republic of Palau appreciates the special friendship and partnership shared with the United States and the U.S. Army Corps and Engineers. It is always a pleasure to meet with U.S. representatives to further strengthen relations shared by our nations”, stated President Remengesau. “Palau and the U.S. continue to work closely to explore ways for cooperation on matters of mutual interests, such as was discussed during the previously held Joint Committee Meeting in Hawaii on October 2017.”

Lt. Col. Hoyman and his team expressed their commitment to continue to provide technical expertise and assistance to Palau where possible and hopes to work with Palau again on future infrastructural projects.

One of the biggest infrastructural projects that the U.S. Army Corps of Engineers have assisted Palau on is the construction of the Compact Road. 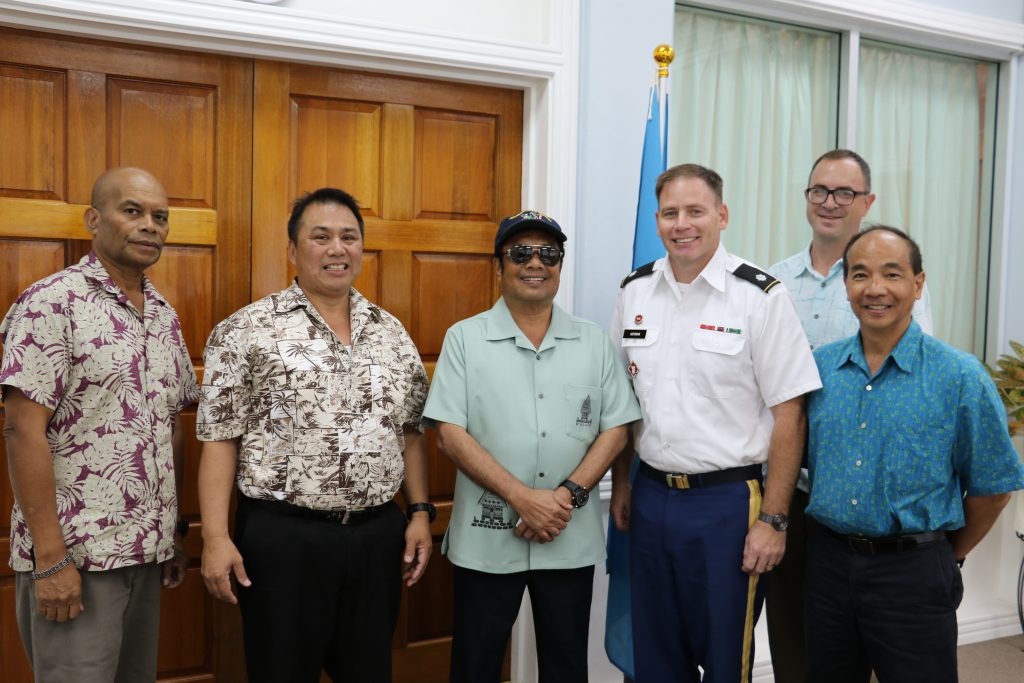 Click on the following link to download this press release: President Remengesau Looks Toward Stronger Partnership and Collaboration with the U.S. Army Corps of Engineers_30JAN2018_FINAL