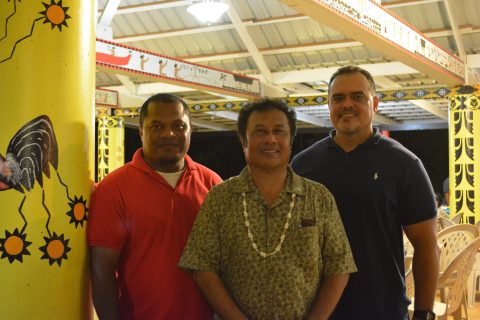 While in Guam to attend the 22nd Micronesian Islands Forum formerly known as Micronesian Chief Executives’ Summit, President Tommy E. Remengesau, Jr. on Sunday, April 30, took the opportunity to hold a meeting with more than a hundred Palauans at the Asahi Abai in Dedebo.

During the meeting, President Remengesau delivered a summary report and progress update of the first 100 days of the 10th National Government.

Recognizing the positive contributions made by Palauans to the Guam community, President Remengesau further reiterated the importance of strengthening the objectives and programs of the Palau Community Association of Guam.

He further asked for stronger partnership and support as Palau continues to move forward.