“Tonight we are officially announcing our work and responsibility in hosting the 2020 “Our Ocean” Conference. The question is, how and why Palau? Well, we are going to host this Conference because we will have something positive to contribute”, stated President Remengesau before national, state and traditional leaders during the launching ceremony held at Ming’s Restaurant, Palasia Hotel. “We will share with the world what our culture is and what we have been doing throughout our history, through our traditional knowledge and practices. We will share with the world our practices that have been proven effective by scientists. That’s why Palau will be, perhaps, the first country to host an international conference with a population of 20,000.”

He further stated, “We want to believe big ideas can come from small places. While it is true that Palau is only 1% land and 99% ocean, I think we should also be glad that we are may be a small island state, but we are a large ocean state. As caretakers of a large ocean, we do know how to take care of the ocean. We do know and understand the ocean.  Our lives revolve around the cycle of the moon and what we do with the ocean.”

During the launching ceremony, Paramount Chief Raphael B. Ngirmang announced Melekeok State Government and its leadership have pledged a land for the construction of a Convention Center that could be used during the Conference.

The ceremony was also attended by members of non-profit organizations and civil societies. The Nature Conservancy whose representatives attended the ceremony announced donation of $50,000 to the Fund. 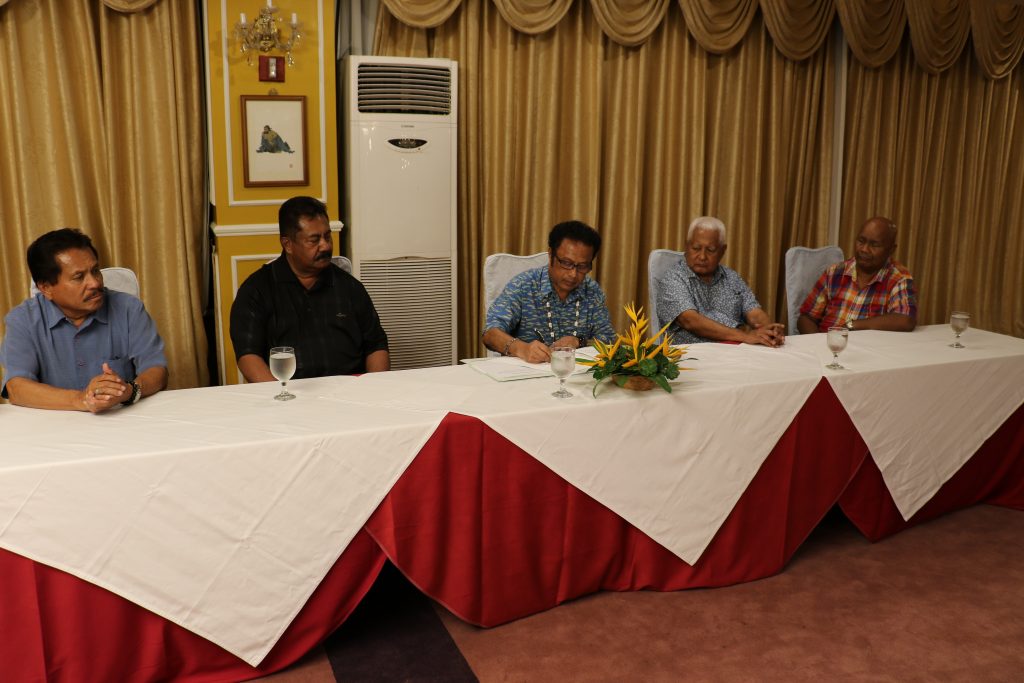 Click on the following link to download this press release: Press Release re. Launching of Preparation for Our Oceans Conference_13FEB2018_FINAL