On April 5, President Tommy E. Remengesau, Jr. accredited H.E. Wallace Minn-gan Chow as Ambassador Extraordinary and Plenipotentiary of the Republic of China to the Republic of Palau.

President Remengesau welcomed Ambasador Chow to Palau and extended his greetings to President Tsai Ing-wen and the people of the Republic of China during the Presentation of Credentials ceremony held at the President’s Satellite Office in Koror.

President Remengesau acknowledged the Republic of China as a strong development partner, friend and ally and conveyed Palau’s continued support in expanding ROC’s standing regionally, internationally and in the multilateral community. Thanking the Government of the Republic of China for their developmental partnership and technical support in areas such as health, infrastructure and education, President Remengesau expressed the Government of Palau looks forward to exploring the possibilities of extending direct vocational, technical education and other specialized trainings with the ROC.

As Palau moves forward in its preparation to host the “Our Oceans” Conference in 2020, President Remengeseau expressed Palau’s hope for ROC’s support, stating “The key to an ocean-state’s survival and self-reliance is the management of its oceans. The protection and conservation of our ocean is a critical component to ensure Palau remains a Pristine Paradise for our future generation. As Palau sets to host the“Our Oceans” Conference, we look forward your government’s support and partnership.”

Ambassador Chow, who is the sixth residential Ambassador of the Republic of China, assumed the ambassadorial post from former Ambassador Michael Y.K. Tseng. He previously served as the Director General of the Taipei Economic and Cultural Office in Hawaii prior to his ambassadorial appointment in Palau. 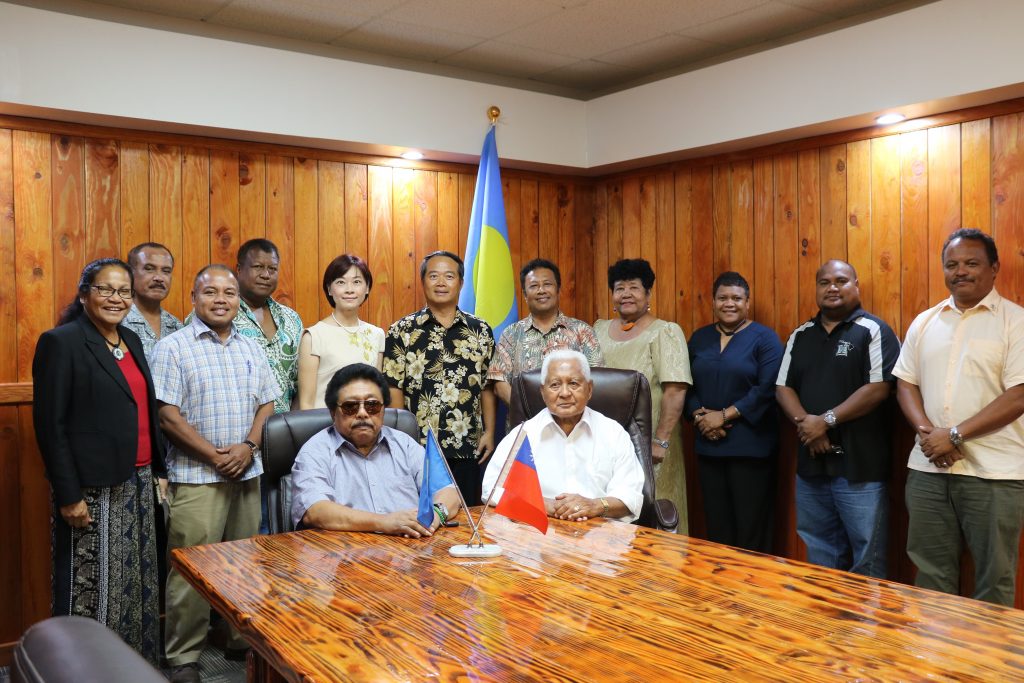