President Tommy E. Remengesau, Jr. on March 22nd accredited His Excellency Han Dong-man as the Ambassador Extraordinary and Plenipotentiary of the Republic of Korea to the Republic of Palau.

President Remengesau congratulated Ambassador Dong-man for his appointment and highlighted the significant role Korea has played in building Palau’s tourism industry, cooperation and technical assistance through the Korean International Cooperation Agency (KOICA) among other programs between both nations.

“Korea has played a significant role in building Palau’s tourism industry – thanks to Korean Air  and Asiana Airlines and of course the growing number of tourists from Korea”, stated President Remengesau. He further added, “I recognize the potential of Korea’s contributions to strengthening our tourism and I hope to enlist your contribution to the enhancement of Korea’s tourism role in Palau’s industry.”

The President extended the Republic’s desires for the Government of Korea to renew outreach programs previously offered through the KOICA and to partner up with Palau for the upcoming 2020 “Our Oceans” Conference, stating “Palau and Korea share an oceanic yard and take pride in knowing that we are at the forefront of maintaining sustainable sources of seafood and sea-related products as well as the health of the ocean in general.”

Ambassador Dong-man expressed his willingness and commitment to foster Palau-Korea relations on matters mutually beneficial for both nations.

The presentation of Ambassador Dong-man’s credentials took place on a date significant to both Palau and Korea. 23 years ago on March 22, 1995, the Republic of Palau and the Republic of Korea formally established diplomatic relations. 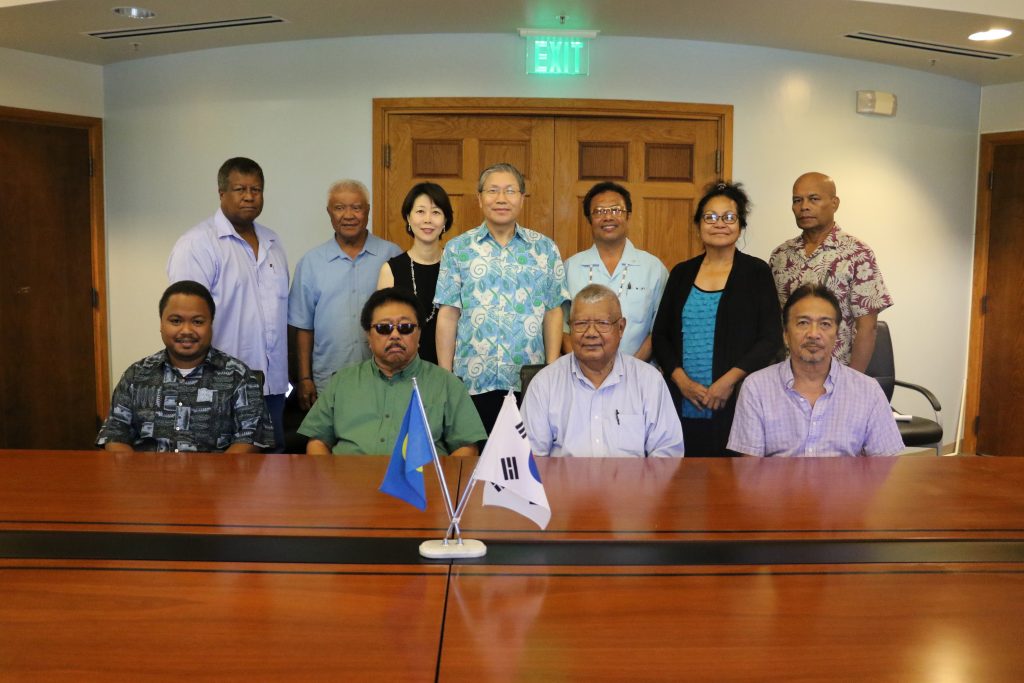 Click on the following link to download this press release: Press Release re. New Korean Ambassador to Palau_30MAR2018_FINAL