On February 14th, President Tommy E. Remengesau, Jr. accredited H.E. Michel Goffin as the third Ambassador Extraordinary and Plenipotentiary of the Kingdom of Belgium to the Republic of Palau.

President Remengesau congratulated Ambassador Goffin of assuming his post and expressed hope for both nations to explore ways to further collaboration in the area concerning health, climate change and ocean security and protection, and other areas of mutual interests.

Ambassador Goffin recognizes the importance of ocean issues for the Republic of Palau and shared that although Belgium is not known for its leadership in maritime matters, the nation has a long history of maritime and ocean management. He further expressed commitments to work with Palau on areas concerning tourism, multilateral issues, global warming and climate change.

Ambassador Goffin is accredited to the Republic of Palau with residence in Manila, Philippines. 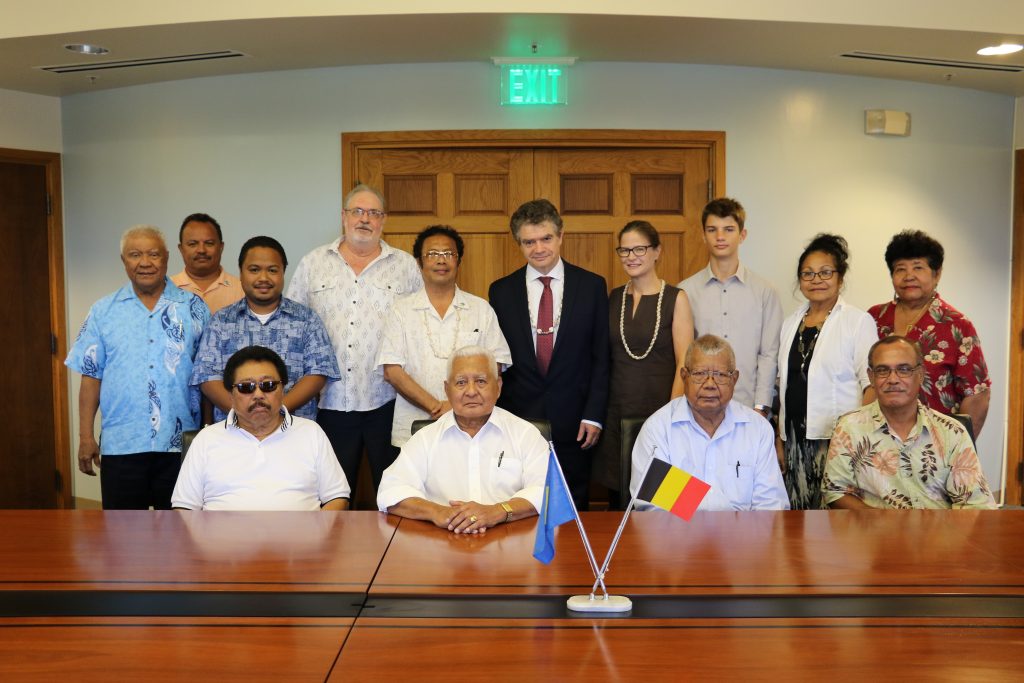