On February 8th, President Tommy E. Remengesau, Jr. accredited H.E. Giorgio Guglielmino as the new Ambassador Extraordinary and Plenipotentiary of the Republic of Italy to the Republic of Palau.

During the Presentation of Credentials Ceremony held at the National Capitol, President Remengesau stated “Our two nations’ friendship have been prosperous, focusing on areas relating to the protection and conservation of the environment. Italy has supported Palau on its environmental initiatives beginning with climate change through the Italian Fund’s Energy Efficiency Programme and has since joined us in the protection and conservation of the World’s Oceans and Seas.”

As Palau gears up for the hosting of the “Our Ocean” Conference in 2020, President Remengesau hopes for Italy’s support and partnership.

Ambassador Guglielmino has served in the diplomatic service of Italy since 1984. He is accredited to Palau with residence in Manila, Philippines. 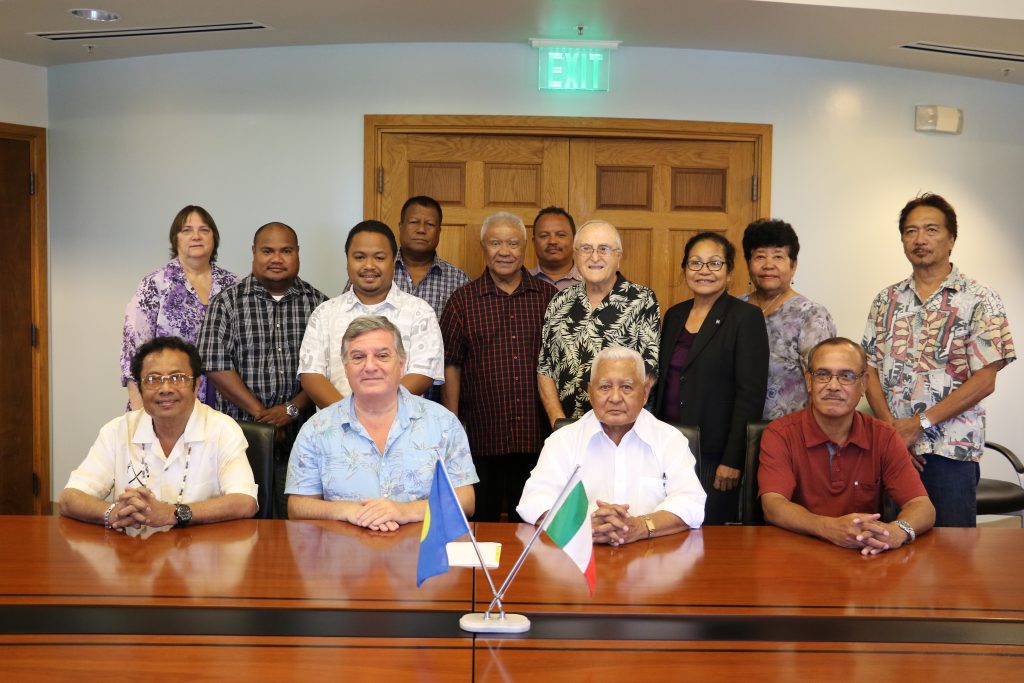