On May 24, President Tommy E. Remengesau, Jr. accredited H.E. Nicolas Galey as the eight non-resident Ambassador Extraordinary and Plenipotentiary of the French Republic to the Republic of Palau during a presentation of credentials ceremony held at the Executive Building in Ngerulmud.

Welcoming Ambassador Galey to Palau, President Remengesau congratulated him on assuming his new role and expressed his desires for stronger collaboration between Palau and France on areas including environment, tourism and economic development.

Ambassador Galey states he looks forward to further collaboration and commits to working with Palau to strengthen its partnership and relationship.

President Remengesau further expressed his hope for partnership with France in the upcoming 2020 “Our Oceans” Conference to further demonstrate commitments on the environment and the ocean. 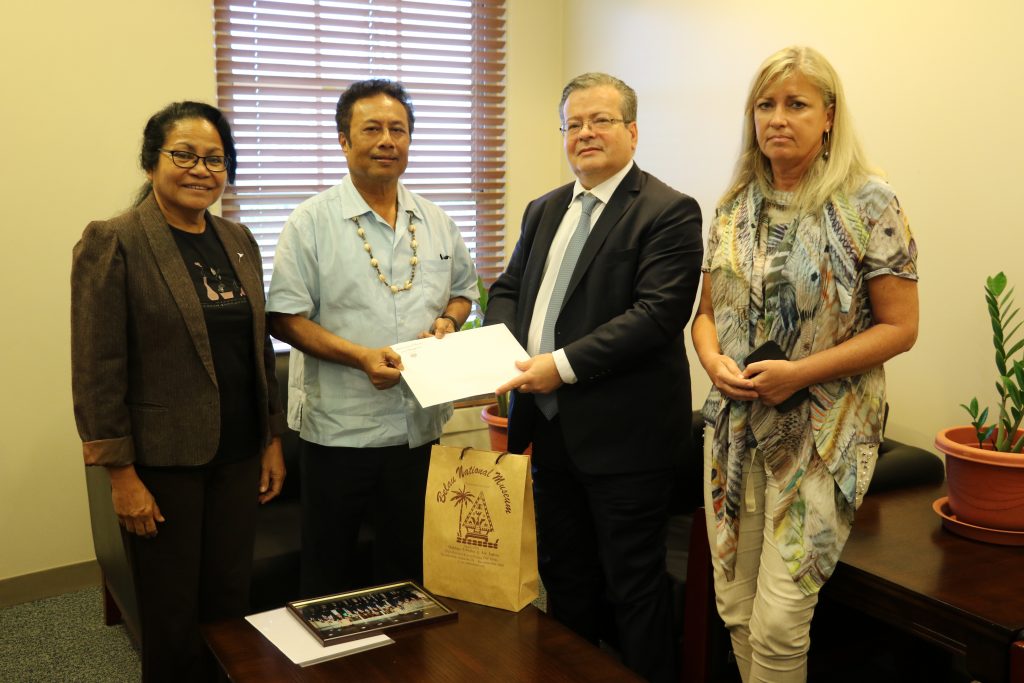