Nation Gathers in Prayer for the People and Government

On Thursday, January 11th at the National Day of Prayer event, President Tommy E. Remengesau, Jr., Senate President Hokkons Baules, House of Delegates Speaker Sabino Anastacio, members of the Olbiil Era Kelulau, with State Government leaders and Traditional Chiefs and Christians of the Republic gathered in prayer to entreat the Almighty God seeking guidance and continued blessings for the health and wellbeing of the People and Government of the Republic of Palau.

Delivering the Prayer for the Nation, Pastor Billy G. Kuartei referenced the book of Psalms that “Blessed is the nation whose God is the Lord, the people whom He has chosen for His own inheritance” and that a nation is blessed to have God’s favor and protection. Asking for God’s forgiveness, protection and blessing, Pastor Kuartei prayed on behalf of the Republic for God’s guidance and for the nation to work together in harmony and good faith in this New Year.

In his message to the Republic, President Tommy E. Remengesau, Jr. expressed that leadership, governance, service to the people, and decision-making relies on faith, trust, and service to the Almighty, adding that “It should be reminded that unlike other countries around the world, there is no separation of church and state in the Constitution of the Republic of Palau as we Palauans have and always will, as a nation, stand firm in our faith that all things are dependent on the Almighty God.”

The National Day of Prayer event saw citizens and members of the Christian faith with the Invocation given by Father Rusk Saburo of the Sacred Heart Catholic Church, the National Anthem performed by Kirby Sikyang, and Benediction by Pastor John Zimmer of the Omekulel a Bibilia with Hymns by choirs from the Palau Baptist Church, the Omekulel a Bibilia, and the Koror Evangelical Church. 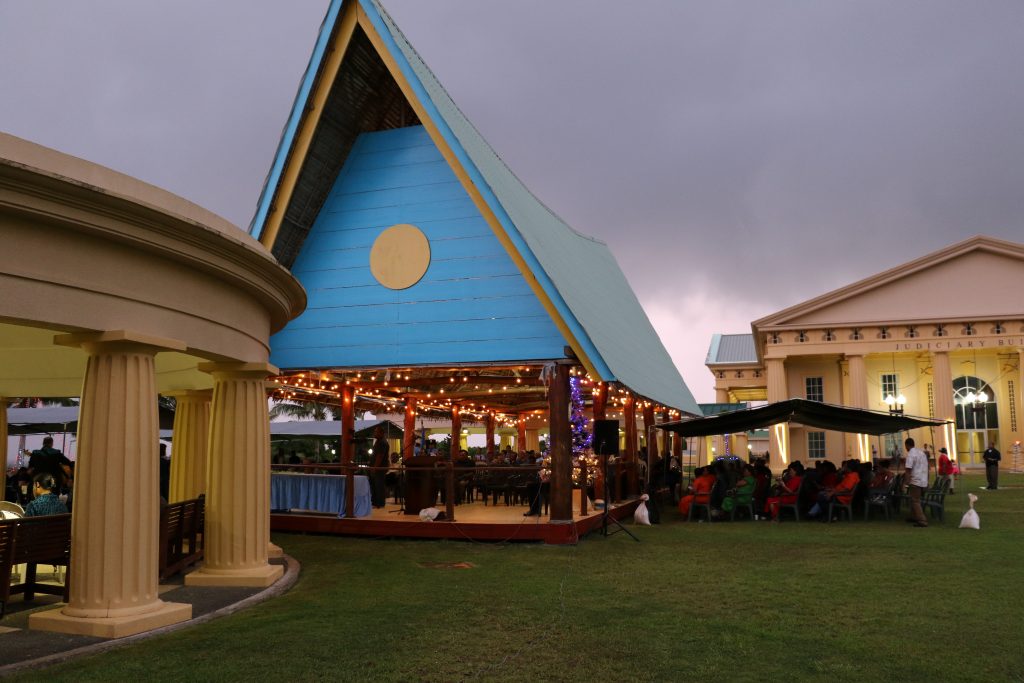