On June 5, 2018 before the United Nations General Assembly (UNGA) in New York, USA, Ambassador Ngedikes Olai Uludong Palau’s Permanent Representative to the UN delivered a statement of support and congratulations on behalf of the Asia Pacific Group (AGP) at the occasion of the election of the President of the 73rd General Assembly.

Congratulating the 73rd UNGA President-elect María Fernanda Espinosa Garcés, Ambassador Uludong stated, “The President of the General Assembly position is not only prominent and prestigious but also requires committed leadership. We have no doubt that you, Madame President-elect, will stir this most important of forums of multilaterism in a unique and effective way to meet the challenges of the complex modern world we live in.” Ambassador Uludong further remarked, “While I am proud, as a woman speaking on behalf of the Asia-Pacific Group, to congratulate Her Excellency, it was especially gratifying to see this year that gender was not an issue in the election when we were asked to choose the person for the post.”

As chair of the AGP for the month of June in representation of the Republic of Palau, Ambassador Uludong further extended the AGP’s readiness to support President-elect Garcés to ensure that countries remain united in its efforts to find solutions to global challenges that lie ahead.

President-elect Garcés, the Ecuador Minister for Foreign Affairs and Human Mobility, is the fourth woman to be elected as President in 73 years. In her appreciation speech, she dedicated “the election to all women in the world who participate in politics.” During her presidency, she is committed to encourage dialogue and facilitate consensus with an open door policy for all member states. 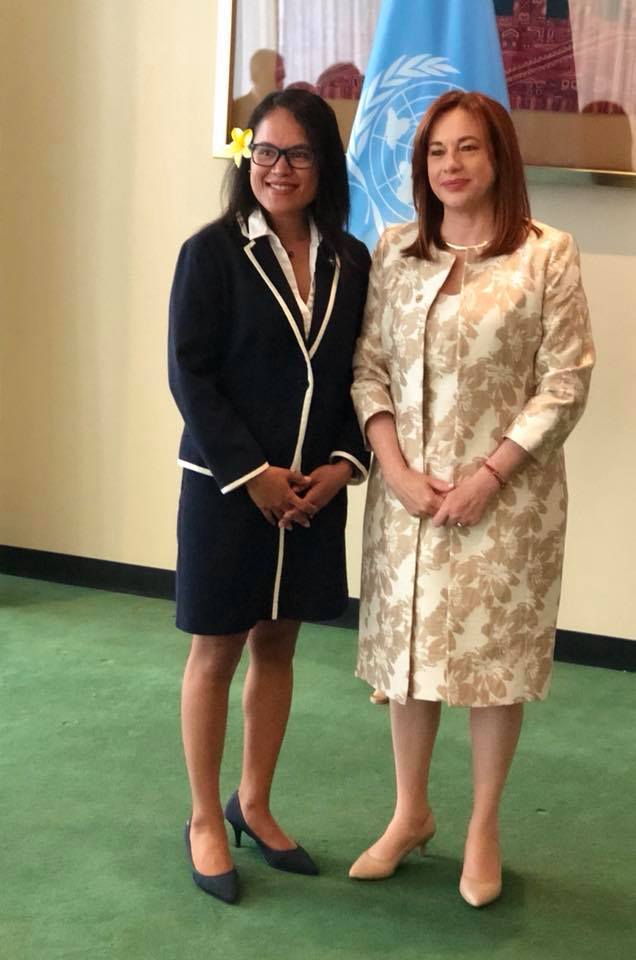