The Tara Pacific Expedition recently conducted a scientific research in Palau as part of their 2-year mission that commenced in May 2016 spanning the entire Asia-Pacific region.

The team shared their initial observations of Palau’s ecosystems and the potential impact neighboring nations have on the Republic’s marine environment. In terms of coral research, Ryan McMinds, a coral microbiologist from Oregon State University and mission Chief Scientist explained, “The overall idea is to get a sense of how many variations corals have, including what type of algae, bacteria and viruses are associated with these corals across the entire Pacific. We’re focusing on three particular species of corals, but also have a fish team on board. We really want to understand the genetics of these organisms and if they are consistent across the entire Pacific or whether they are specific to different environments.” The team also focused their research on microbes or microorganisms that might be causing diseases and potential coral gene flow through ocean currents from surrounding nations.

Beginning their research in the Southwest Islands, the team observed healthy, diverse reef ecosystems compared to other reefs in the world, but also noted signs of stress due to climate change and other contributing factors. Researchers from the University of Nice Côte d’Azu in France on board the Expedition focused research on determining the level of resilience and adaptation corals have to ocean acidification, which occurs when corals cannot absorb calcium carbonate to maintain their skeletons due to the increase of carbon dioxide in the ocean.  The team noted Palau’s well conserved reef ecosystem allowed them to observe the impacts of acidification other anthropogenic factors that originate from human activity that could be affecting the reefs.

In the meeting President Remengesau noted that the team’s initial observations justifies the importance of establishing marine protected areas in the entire region, and further asked the research team to share data collected with the Government of the Republic of Palau towards educational and policy-making in Palau’s efforts to further preserve and protect the ocean and its resources locally, regionally and internationally.

The Tara Pacific Expedition is near the end of its 2-year research mission. Samples collected throughout the mission are being analyzed by international labs. Results of their mission are anticipated for completion within a year’s time.

The Tara Pacific Expedition is sponsored and supported by numerous international organizations such as agnès b., UNESCO, Prince Albert II of Monaco Foundation, Veolia Foundation, World Courier, BillerudKorsnäs and Oceans by Disney among others. 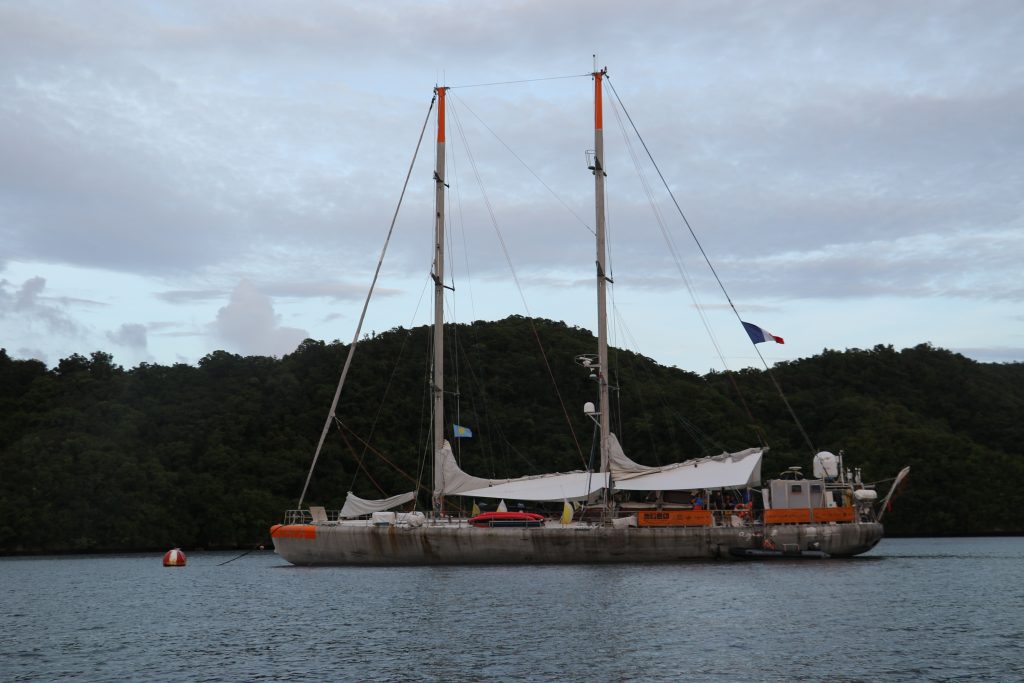 Click on the following link to download this press release: Press Release re. TARA Pacific Expedition in Palau_16JAN2017_FINAL