On January 19th, a total of twenty cadets received their Certificate of Completion for fulfilling all the academic and physical requirements of the 24th National Law Enforcement Academy, a 14-week training program aimed at equipping cadets with all the necessary tools to take on a career in law enforcement.

Congratulating the cadets for successfully completing the program, President Tommy E. Remengesau, Jr. emphasized and highlighted the importance of respect and integrity, on and off-duty, in the field of law enforcement. 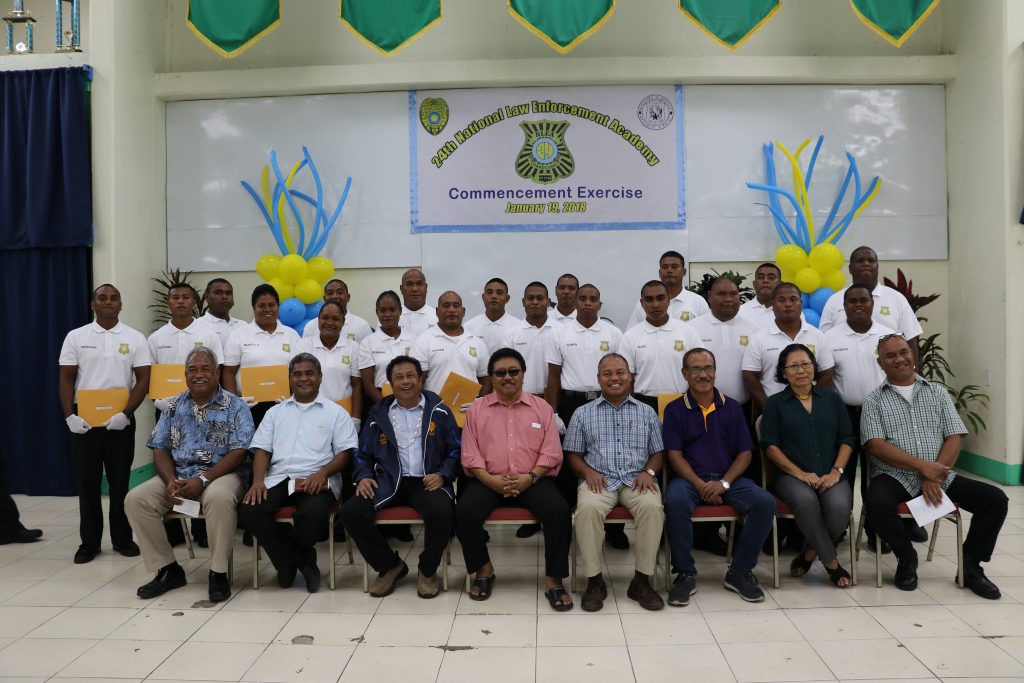 Click on the following link to download a copy of this press release: Press Release re. 24th National Law Enforcement Academy Commencement_19JAN2018_FINAL